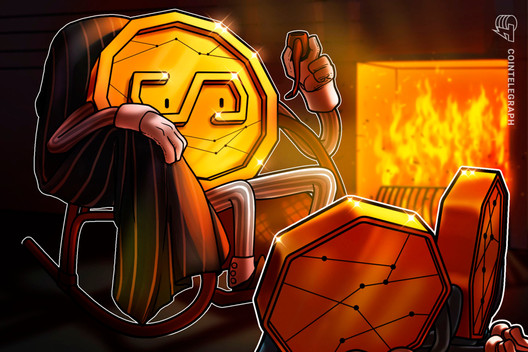 Americans have always been deeply suspicious of the idea of ​​the state. The culture of the United States is not very admiring of relying on very large organizations. We must remember that country was founded by Protestant settlers from Europe. And religion had a powerful impact on the country’s social, political, and economic life due to the influence of the first settlers. And that’s why North and South are so culturally different.

The internal configuration of the American is radically different from that of the Latin American. They look like beings from different planets. While the South is still searching for magic formulas in the style of the Dorado legend, major factions in the North have always maintained that magic is empty. I mean, the only real thing is hard work and the Wizard of Oz is a faker.

When we talk about the United States, we always fall for false descriptions. In fact, all that is said is half truth, because the United States is spoken of as a homogeneous body. For this reason, criticism generally doesn’t make much sense. It is said to be a country of libertines of moral lax, but it is also said to be a country of puritans and conservatives. It is the country of tolerance and at the same time it is the country of intolerance. We are talking about the consumerist culture, credit cards, excesses and bad taste. But we have billionaires, dressed in monochromatic flannels, jeans, and sneakers, donating millions to charity.

There is only one explanation for all these apparent contradictions and mixed signals. There is not a single United States. There are thousands. The liberal and the conservative. The urban and the rural. The young and the old. The religious and the layman. Southerners and northerners. The one on the east coast and the one on the west. The cult and the ignorant. The fat and the skinny. The worker and the businessman. The rich and the poor. The progressive and the reactionary. So, tAll what is said about the United States is true and everything it says is a lie. Because everything has its representative and its opposite.

Of course, in general terms we are facing an individualistic, optimistic, and entrepreneurial culture. The Protestant work ethic is based on constant effort, on the power of individual will and on personal sacrifice. The first settlers left Europe to work with their own hands. The dream was to be free to build their own destiny. On the other hand, the Spanish conquerors went to look for gold to be able to live idly like the Spanish aristocracy of the 16th century. They are very different mental schemes.

However, Why so much history lesson to talk about the Wizard of Oz? To give context. L. Frank Baum wrote the children’s tale The Wonderful Wizard of Oz after the 1893 panic and published it in 1900. Deflation caused a deep economic crisis that generated great political and social tensions. Before crises lasted longer than now. It was not uncommon to have prolonged seizures of 10 or more years. Baum was a somewhat liberal political activist socially, but conservative economically. A formula that we see a lot in Silicon Valley today. Baum was an advocate of women and Native Americans, but critical of the expansionary monetary policies of his time.

The Populist party was gaining strength and monetary expansion was intensified with the use of silver as a solution to deflation. We must remember that this was the “Gilded Age”, the era of industrialization in the United States. Railroads, oil, the rise of the first worker unions, and “Robber Barons” such as Vanderbilt, Andrew Carnegie, Andrew Mellon, JP Morgan, William Randolph Hearst, and John D. Rockefeller.

Read on: The world will not adopt a Bitcoin or gold standard, says Peter Brandt

Technological advances and industrialization increased production, which fueled amazing economic growth. However, What happens when you use gold as money and production increases? You have deflation. The price of gold goes up and the prices of things go down. And producing becomes less and less profitable and in less than what a rooster crows there is an economic crisis. Deflation reduces income and generates unemployment.

The solution is to increase the money supply to balance production. This makes economic sense, but it has a problem. It means government intervention in the economy. And the heavy heritage of pioneers still lives on in Americans who feel a natural revulsion at a large state. PThey refer to suffering a prolonged crisis than accepting centralized solutions. A personal way of the cross is better than being happy, but in dependence. Protestants prefer pain than submission.

Protestantism is a movement that promotes personal relationship with God. This stimulates subjectivity. And when subjectivity comes we usually have individualism in the social and anarchy in the political.

The Wizard of Oz as a political allegory and a critique of fiat money is not something that comes directly from the author. In fact, It is an interpretation that arose in 1964 by the historian Henry Littlefield, long after the publication of the work. However, his arguments are extremely powerful. And the story is no longer the same after reading this explanation. I always thought that story was about enjoying the life we ​​have and not looking for empty illusions on the other side of the rainbow. That is, it is better to stop dreaming about little birds and appreciate our life. PBut history could have another layer considering the author’s life and the historical moment in which he lived.

“Oz” is a derivation of an ounce, the unit of weight used to measure gold and silver. The girl Dorothy personifies the naive American people. The scarecrow represents the farmer who thinks he has no brain, but deep down he can be very smart. The tin man represents the industrial worker, especially the one in the steel industry, who is missing his heart, but the background has a great mystique. And it is speculated that the cowardly lion refers to the political class that gave up its principles to solve the crisis.

Read on: Why not compare pears to apples? Why is Bitcoin not the “new gold”? Let’s not be so foolish

The golden path that leads us to Emerald City is a reference to gold and Dorothy’s silver shoes are a direct and clear reference to silver. Because silver was used in the aggressive monetary expansion of the time. In the 1936 film, produced by Metro-Goldwyn-Mayer and starring Judy Garland, Dorothy wore Ruby shoes. But in the original story written by L. Frank Baum the shoes were silver. The witches with names of cardinal points are a reference to the regions of the country. And the Wizard of Oz is of course a fraud. The populist politician who promotes monetary expansion.

The debate on fiat money at heart is more political than economic. The problem arises when economic (false) arguments are used and to defend (valid) political positions. The other is that critics of fiat money present their positions as an absolute and unquestionable truth. But they forget that the majority of the population does not share this Protestant idea of ​​preferring pain over dependency. That is something very gringo (from libertarians in particular). But the rest of the world is not going to give up controlling deflation to return to crises of 10 years or more for mainly ideological reasons. The system does require many reforms, but radicalism does nothing. We need changes, but not with dogmas but with good sense and pragmatism.