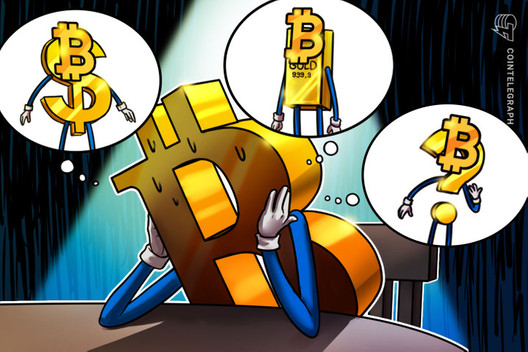 In the framework of the conference cycle Decentralize 2020, A panel called “Bitcoin versus Traditional Economic Models” was held. There the panelists discussed, among other things, the scarcity model and the default issue of Bitcoin. The panelists who participated were: Diana Mondino (UCEMA), Agustin Etchebarne (Director General of Liberty and Progress), Iván Carrino (Deputy Director of the Economic and Political Master’s Degree ESEADE) and Fausto Spotorno (Director of the Center for Economic Studies of OJF & Asociados) . The moderator was Gonzalo Blousson (from Signatura).

The conversation came up with a question from Blousson that was a central point throughout the debate: “Is Bitcoin a currency?

Diana Mondino He replied: “It is not currency. There is a difference between bills, coins and money. It can be assimilated to money because it has some of the characteristics. ” But then he said: “It is a financial instrument, an investment. To my taste, it does not become currency ”.

On the other hand, Carrino said: “One of the big risks that the entire bitcoin community was looking at was regulatory. The problem that was detected is that the regulatory body is like a competitor to Bitcoin. ”

Carrino stated: “In the background, the spirit of Bitcoin is to compete. Bitcoin is a revolution against central banks. For a traditional economist, trained in some Keynesian / monetarist current, bitcoin is a challenge. Instead, for those of us who come from the Austrian School of Economics, Bitcoin is seen as reasonable. ” In this framework, for Carrino, those who are going to regulate this are those who compete with Bitcoin or have an interest in some way so that bitcoin does not do well.

Mondino recalled that all cryptocurrencies compete with each other: “If there is a proliferation of any of these assets, the purpose of Bitcoin is eliminated.

The only way bitcoin can be currency is not just stability but also that there is a single pattern. A unit is required. Until we focus on just one, I don’t see it being forceful as a currency. ”

Fausto Spotorno considered that Bitcoin’s ability to be currency is a long way off. “Today bitcoin is not a means of transaction,” he said. Then he made a comparison between what is called “bad money” and “good money.” He added: “When there are bad coins and good coins, you use the worst to spend first and you use the best currency to save.”

He added: “If Bitcoin grows in value, if it stabilizes at some point, if we think of it as a financial asset, it will be a better currency than the others. But I don’t see it as a currency. “

“As a store of value and as a financial asset, I believe that today it is functioning as a commodity”he stressed.

Etchebarne also opined that Bitcoin is not a currency: “I see it very difficult for it to become a currency. It does not meet the characteristics of a coin. It is a speculative asset. It does not serve as a unit of account. ”

However, Etchebarne highlighted the technological value and the issue of privacy as very important.

“Blockchain and cryptocurrencies or crypto assets are used for certain types of transactions and in over-regulated countries. But, as a currency, Bitcoin has problems ”, he indicated.

Then he asked himself: “The question that always remains for me is quantum computing. If this will serve to crack the system at some point “.

Following that question, Blousson clarified that Bitcoin and the technology developments behind it “are alive.” And he highlighted: “I think Bitcoin is always one step ahead.”

Fausto Spotorno did not rule out that there may be some development that can become a currency at some point.

On the other hand, Etchebarne also referred to stablecoins: “I do think they can have a huge development, and the regulators are going to get into it and that is going to be the biggest risk.”

The talks that will take place tomorrow (with Argentine time) are detailed below.

15:00 – Decentralizing from the NGO Bitcoin Argentina

15:50 – How to avoid falling for cryptocurrency scams

16:10 – PANEL – How to buy cryptocurrencies in Argentina

18:20 – Instant and commission-free payments with crypto on your cell phone

18:35 – PANEL – Cryptocurrencies in your investment portfolios

18:30 – Projecting the future value of Bitcoin

19:25 – Binance in LATAM: Opportunities for the region

As explained by the organization, COVID pushed everyone to digitize their practices. Nations do not escape this reality and neither do their currencies. China, USA, Facebook, Fintech, companies and countries launch their own cryptocurrencies to give an unprecedented fight. Hazards and threats will be discussed.

DescentralizAR 2020 is a series of conferences organized by the Civil Association for the Development of Decentralized Ecosystems (NGO Bitcoin Argentina). It is an initiative aimed at entrepreneurs, individual and institutional investors, as well as entrepreneurs, professionals and the general public interested in economics and technology.

It may interest you: