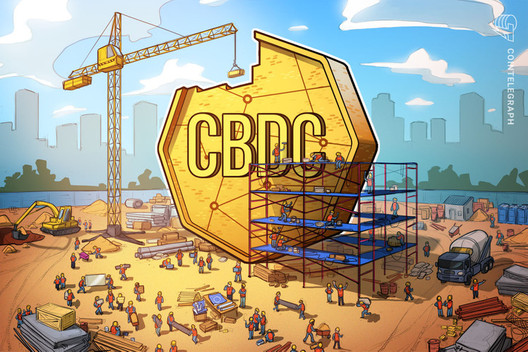 With the publication of a report issued on June 3 of this year, the Bank of Spain joins the debate on the Central Bank’s digital currencies, better known as CBDC.

The document by Juan Ayuso and Carlos Conesa, presents an overview of the meaning of a central bank digital currency (CBDC) that can serve as a basis for a discussion that allows us to delve into the different aspects of the currently open debate on this digital financial asset, also refer to the motivations that may justify the issuance of the CBDC.

Along the same lines, the researchers, who are also members of the Committee on Payments and Market Infrastructures of the Bank for International Settlements (BIS), in your post “An introduction to the current debate on the central bank digital currency”, highlight the value of Bitcoin and other Cryptocurrencies. The stablecoin’s proposal, pound, which is also backed by Facebook one of the largest global bigtech, is perceived as a threat to the proper functioning of payment systems, to consumer protection, to prevent terrorist financing and laundering of money, for financial stability and for the monetary autonomy of the states.

“The threat from stablecoins is not, by itself, a sufficient reason to issue CBDC. This issue has wide-ranging potential implications that require a detailed analysis that makes it possible to properly assess the advantages and disadvantages of any decision in this regard. The current context and the need to be prepared for possible future developments require, in any case, that such analysis be carried out with some urgency, as recent initiatives attest – for example, the creation of a group made up of central banks in Canada, United Kingdom , Japan, Sweden and Switzerland, the European Central Bank and the Bank for International Settlements, to exchange experiences and evaluate potential use cases- “

The report states that there are three areas that must be taken into account in the issuance of CBDC: the use of cash, financial inclusion, and certain limitations in payment systems.

In some countries, such as Norway and Sweden, the use of cash is decreasing proportionally, and in many businesses it is no longer accepted as a means of payment.

“The central bank may issue a CBDC of universal scope and similar to cash, with the objective that the population will continue to have access to a medium of exchange without risk and of public provision. The CBDC would also have a separate exchange circuit that would allow its use in the event that private systems fail for any reason. “

In consecuense, central banks are especially eager to solve the problem caused by the low use of cash in some economies, in addition to having access to the unbanked market through a CBDC.

“The access of the CBDC would allow to identify the unbanked users, carrying out basic processes of know your customer (know your client or KYC). This knowledge of the client, along with their transaction history, could later facilitate bankarization. ” Note the report issued by the investigators.

Ayuso and Conesa explain in their report that there are three scenarios that are of particular concern, since they can have a great impact on the operation of central banks, in the event of issuing a CBDC.

The first is that the CBDC could displace bank deposits, the second that the digital currency can facilitate the massive flight of deposits from an entity, at a certain time of crisis, and the third, but not least, has to do with a “Massive flight of deposits from the banking system, in the event of a global distrust of the financial system as a whole”.

In this sense, it is feared, then, that at critical moments the depositors of an entity may try to transfer their balances to safer assets.

“In this case, the leakage of deposits could be favored in a context with CBDC, which could be acquired and would have less maintenance costs (in terms of security) than cash. However, it should be noted that if the CBDC conversion rules were similar to those applicable with cash, the central bank would not assume a limited commitment higher than the current one, but the conversion of deposits into BCDC could only be carried out to the extent that there were reserves available in the affected entities (as is currently the case with cash), ”Abuso and Cosa review this in their report.

In the report, specialists also outline three models that could be adapted to the problems raised above, and whose characteristics are totally different.: CBDC cash-like (as a supplement to cash in those places where its use is in decline or to promote financial inclusion); secondly, the wholesale CBDC (to improve wholesale payment systems), and lastly, the x-border CBDC (to improve cross-border systems). Being the

CBDC cash-like as close to current cash, but in a digital format.

“It would be universally accessible, although the central bank would most likely rely on private entities for its distribution. It would not be remunerated and, although it is not possible to guarantee perfect anonymity in an electronic system, it could be implemented with a high degree of privacy. (…) This type of CBDC could be a complement to cash, improve financial inclusion, be (potentially) an alternative to private payment circuits and even (if the exchange system associated with CBDC were efficient) improve the operation of the local payment system ”.

Finally, Ayuso and Conesa outline solutions to the concerns raised, such as placing a limit on the use of digital currency with caps on balances and highlighting the possibility of designing “custom CBDC model”According to the characteristics of each economic model.

Can the use of CBDCs improve monetary policies?

In this same order of ideas, the study carried out by Galo Nuño, published on July 30, 2018 on the agency’s official website titled, “Monetary policy implications of digital money issuance by central banks” Maintains that:

“An argument that could be considered when evaluating the introduction of CBDC is related to the improvement in the condition of monetary policy through better control of the market returns faced by savers and borrowers. Likewise, the possibility of eliminating the restrictions associated with the zero level of the interest rate is theoretically attractive, especially in an environment of low interest rates such as the current one. However, the uncertainties and associated risks are significant and require banks to be cautious in this regard. ”

In the document, Nuño explains that, the issuance of a digital currency by the CBDC central bank would considerably optimize the management of monetary policy to “to get better” control of the market returns faced by savers and borrowers.

On the other hand, in the event of the elimination of cash, the main reason that justifies the existence of the so-called “Zero fee“Of interest rates, This refers to the difficulty that financial institutions have in establishing negative remuneration for retail bank deposits, since in that case agents could withdraw their funds and save by accumulating banknotes, he explains on the subject.

On the contrary, the CBDC interest rate would be the one marked “floor”Of these, which breaks with the current asymmetry of monetary policy – the central bank can increase interest rates as much as it wishes to combat inflationary pressures, but cannot lower them well below zero in case of deflation-which It produces around the zero level of interest rates, allowing, in principle, greater cuts in nominal rates if necessary.

Both cited investigations, – Nuño (2018) – and Ayuso, Juan and Conesa, Carlos (2020) – a very marked difference is observed due to the progress made in these two years in the study of central bank digital currencies, however, they agree that before issuing a CBDC, it is necessary to appreciate the limitations of the financial system that a digital currency must face and could overcome, together with the advantages and progress that it can bring to the system.