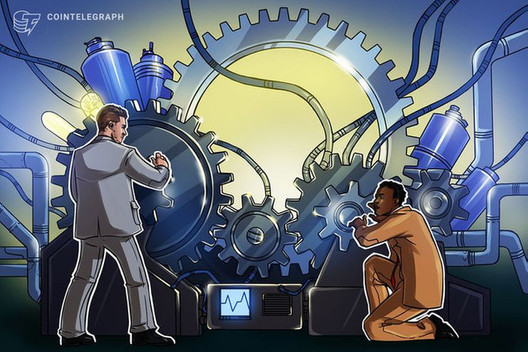 The Spanish Section of IEEE has created the IEEE Blockchain Spain initiative, as part of the global initiative, and which aims to be the center of all IEEE Spain projects and activities around blockchain: From education standards, conferences, events, community development, publications, to special projects.

Through this initiative, the Spanish section aims to value the work of its members around blockchain technology, and bring this technology closer to companies and administrations.

The resolution will be carried out by sending an email to the main authors of the awarded proposals. In addition, the winners will be announced on the website of the Spanish Section of the IEEE.

The Jury will be made up of members of the IEEE Blockchain Spain initiative and according to the profile of the works presented.

The publication also details that those members who submit nominations or have participated in the candidates’ work may not be part of the evaluation commission.

Also, it was known according to the publication that next year, The initiative will organize an IEEE Blockchain Initiative Summit within the framework of the IEEE GLOBECOM 2021 congress, one of the flagship congresses of the IEEE Communications Society, which will take place in December 2021 in Madrid.

The most important thing about the IEEE is the students

The Institute of Electrical and Electronics Engineers (IEEE) is the world’s largest technical professional organization, bringing together more than 420,000 engineers, scientists, technologists, and professionals in more than 160 countries., which are dedicated to advancing technological innovation and excellence for the benefit of humanity.

The most important members within the IEEE are the students, as they constitute the future of the organization. IEEE annually promotes more than 1800 international conferences around the world, in all the areas of interest of its societies.

Blockchain technology, an effective way to guarantee security and transparency

If we take a look at the current events that unfold before our eyes, we can affirm how relevant it is to consider the influence of new social trends, the value of transparency, access to information, etc.

The closest example we have to talk about the application of blockchain technology is in services where transparency and security are essential.

In short, thanks to the blockchain, many professionals are finding the possibility of designing solutions for their main objectives. Transparency and security have long become two important values ​​for society. Today, technology provides us with the foundation to achieve them. Transparency is the foundation of trust.

Prize to the winners

For those who are winners, they will receive a certificate granted by the Spanish Section of IEEE as part of the annual IEEE Day awards ceremony. In addition, the winners will receive a 50% discount on the registration of the Master of Blockchain and Smart Contracts taught by the University of Salamanca in collaboration with IBM.

It is important to highlight that in order to access the Master of Blockchain and Smart Contracts, the person who is the winner must meet the access requirements imposed by the University of Salamanca. A 50% discount will be granted to a single registration per prize, even if the project or article has been developed by several authors.

Regarding the decision of the award, it will be in charge of a special committee made up of members of the IEEE Blockchain Spain initiative. The committee will select the candidate who best meets the award selection criteria. The committee’s decision will be final.

The award will be a recognition to that project developed by members of the IEEE that offers an advance based on Blockchain technology for the different areas of the IEEE. Projects completed during the year prior to the closing of the call may be presented, or projects in development that have produced relevant results in this period.

In it, some important criteria will be assessed, described by the IEEE, among which the following stand out: The practical application and usefulness of the project, the number of people who can benefit from the project, the technological or business capacity that the project develops, thus as well as the volume of employment and investments generated that the project actually achieves.

For his part, the IEEE Blockchain Spain initiative award for the best research article tries to promote the development of Blockchain-based research within the IEEE areas.

In this aspect, Some important evaluations will be taken into account, among which stand out: The originality of the topic in which the article proposes, the results obtained in the development of this, the ingenuity of the proposal and the ingenuity of the solution, as well as its practical applicability.

The deadline for proposals will be until September 1, 2020, the awards ceremony will be in October of this year.

Remember that blockchain technology represents a new paradigm for the way information is shared. Numerous companies have begun implementing pilot programs and real-world projects in a variety of industries.

Blockchain has brought with it more than just a technological revolution. Among its possibilities is how to respond to the problem of trust management in an increasingly interconnected, more global and impersonal world. What is sought is transparency in a non-manipulable and fully trusted system for direct participants in a certain area.